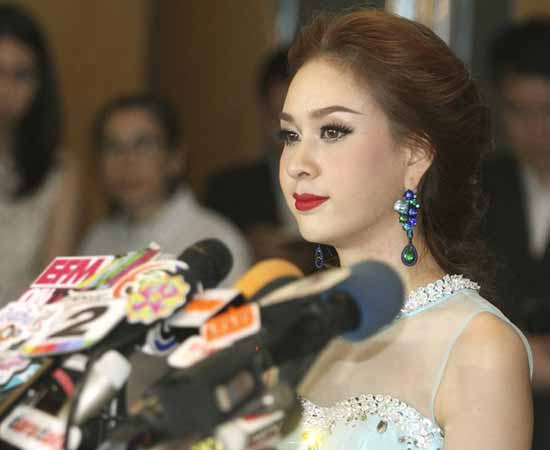 Weluree Ditsayabut, Miss Thailand, has relinquished her crown after being accused by the press of violently criticizing supporters of the government recently overthrown by the military. She said in tears that she gave up her title because of the barrage of criticism on the Internet that has made her family suffer.

The press accused the 22-year-old of having called for the “execution” of the “red demons” on her Facebook page in November 2013, messages that were later deleted.

This reference has to do with the Red Shirt movement that supported the government overthrown in May by a military coup, and therefore defenders of democracy, and also Thaksin Shinawatra, the group’s leader and former prime minister of Thailand in 2006.

Following criticism on the Internet, Weluree, who is also an actress and presenter, gave up her title on Monday and appeared without a crown at a press conference, just a month after winning the crown that would take her upside down in a few months. to the Miss Universe pageant held in Brazil.

“The comments against me were very harsh,” said the beauty queen, better known as Nong Fai. “I said I was sorry. I understand that I am a public figure, but when I see my mother suffer, I cannot be happy. So I have decided to give up being Miss Thailand,” she added.