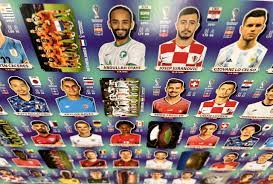 Brazil, which seeks to offset carbon emissions generated by construction, travel and other activities related to hosting the 2014 World Cup, said on Tuesday it wants holders of United Nations-backed carbon credits to redeem them. for advertising during the games.

The World Cup kicks off on June 12 and Brazil’s Environment Ministry said it has launched a program to convince credit owners to exchange them for advertising in official event documents.

The country, which is spending 26 billion reais ($11.6 billion) to prepare for the world’s biggest soccer tournament, has no plans to buy offsets on the market, even if carbon prices are at record lows.

“We talked to some credit holders and they were receptive to the idea of ​​donating the credits,” said Eduardo Valente, a program official.

The government will only accept certified emission reductions (CERs) from Brazil-based projects from the UN Clean Development Mechanisms (CDM).

Companies that decide to join the program must submit a request for voluntary cancellation of CERs to the CDM board of directors.

Brazil and soccer’s governing body FIFA are running different projections for the carbon footprint of the World Cup.

FIFA focuses primarily on travel for staff and spectators, before and during the event.

The Brazilian government includes in its calculations all construction work, both for stadiums and infrastructure projects.

Both have agreed to offset emissions from the event, but FIFA plans to buy the credits.

Next year’s World Cup will be hosted by a record number of 12 cities in newly built stadiums in 11 Brazilian states plus the federal district of Brasilia.

Teams, fans and staff included in the organization will be constantly moving around cities, increasing carbon dioxide emissions compared to previous events in smaller countries with fewer stadiums.

Some of the venues are separated by more than 5,000 kilometers.

Emissions in the previous Cup, in South Africa, were around 1.7 million tons.

Brazil’s government will publish its first estimate next month.

Ernesto Cavasin, president of the Brazilian Association of Carbon Market Companies (Abemc), said that the compensation program is positive, but insufficient.

“I didn’t see much encouragement to cut emissions during the buildup,” he said.

“Brazil should have promoted green technologies in areas such as lighting, waste management and energy, and could use the credits from those projects to neutralize the emissions of the Cup.” 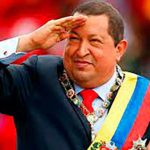