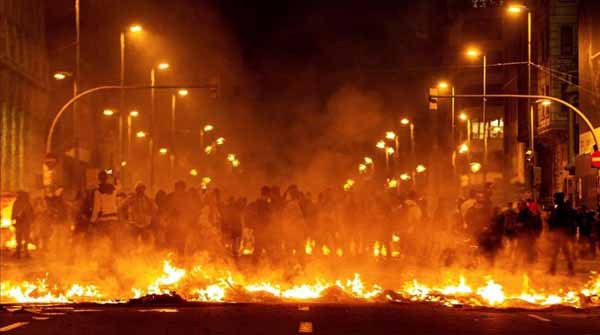 This year, the Catalan fight for independence did not stop. After nine leaders were convicted of ‘sedition’ for their role in the independence referendum in 2017, thousands mobilized to demand their release, and there were violent riots. Now, with the victory of Pedro Sánchez in the elections, pro-independence parties such as Esquerra Republicana become key to Sánchez being able to govern.

The center of Barcelona was plunged into chaos on Friday night with violent clashes between pro-independence radicals and the police, at the end of a massive march on the fifth day of protests against the sentence imposed on separatist leaders.

Burning barricades and bonfires illuminated the streets of the center of the tourist city, the scene of clashes between hundreds of protesters with their faces covered, who threw blunt objects and powerful firecrackers, and the police, who responded with charges and rubber bullets, journalists found. of the AFP.

According to the Spanish newspaper El País, at the moment there are 17 detainees throughout Catalonia and 77 people (52 in Barcelona) who have been treated by the health services.

A sign of the exacerbation of violence, which lasted for several hours and escalated to a higher level on this night of riots in Barcelona, ​​the police used tear gas for the first time and a truck sprays water to break through the barricades built with all kinds of street furniture.

The violent events began in the afternoon near the central police station of the National Police in Barcelona, ​​on Vía Laietana, but the riots later spread throughout the center, reaching Plaza Cataluña, at the beginning of the emblematic Ramblas of the Catalan capital.

Born of the frustration of part of the pro-independence base, two years after Catalonia’s attempted secession in 2017, the violence marks a turning point for the separatist movement that until now has boasted of its peaceful nature.

The unrest began on Monday, when the Supreme Court sentenced nine pro-independence leaders to up to 13 years in prison for their role in Catalonia’s failed secession bid in October 2017.

That day, more than 10,000 people blocked the Barcelona airport, summoned by a platform called Democratic Tsunami, which is being investigated by the justice for possible “crimes of terrorism”. As of Tuesday, Barcelona has experienced peaceful protests during the day and urban guerrilla scenes with harsh clashes between radicals and the police at night.

According to the Spanish Interior Minister, Fernando Grande-Marlaska, 128 people have been arrested since Monday, nine of them sent to provisional prison, while 207 police officers have been injured, some seriously.

In these days of protests, more than 420 people required health care, according to the emergency services. 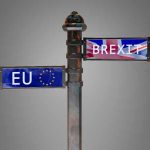