WASHINGTON—The U.S. and China signed a trade deal that officials say will lead to a sharp increase in sales of U.S. goods and services to China, further open Chinese markets to foreign firms—especially in financial services—and provide strong new protections for trade secrets and intellectual property.

The eight-part agreement acts as a cease-fire in a two-year trade war that has roiled markets world-wide and cut into global growth. But it leaves in place U.S. tariffs on about $370 billion in Chinese goods, or about three-quarters of Chinese imports to the U.S.

Possible tariff reductions will be left to later negotiations, which will cover a host of difficult issues at the heart of the trade battle, including Chinese subsidies to domestic companies and Beijing’s oversight of Chinese state-owned firms. Those talks are expected to begin fairly soon but not conclude until after the U.S. presidential election in November.

Speaking to a packed audience of business and political leaders in the East Room of the White House, President

said the remaining tariffs “will all come off” if the talks produce a second agreement. He called the deal a “momentous step—one that has never been taken before with China—toward a future of fair and reciprocal trade.”

Vice Premier Liu He of China, who signed the agreement for Beijing, played up the need for both countries to act together to tackle challenges such as terrorism, aging and environmental protection.

What would you like to see in the next phase of the trade deal between the U.S. and China? Join the conversation below.

“China has established a political system and an economic-development model that suits its own characteristics,” Mr. Liu said. “But that doesn’t mean China and the U.S. can’t work together.”

While the deal contains wins for the U.S., the fact that most tariffs will remain on Chinese imports clouds prospects for growth in business investment between the two countries, said

a China expert at the trade consulting firm of Hills & Co.

“Overall uncertainty is not reduced much because there is no removal of existing tariffs [and] questions whether China can buy the quantities of goods and services the administration wants,” he said. 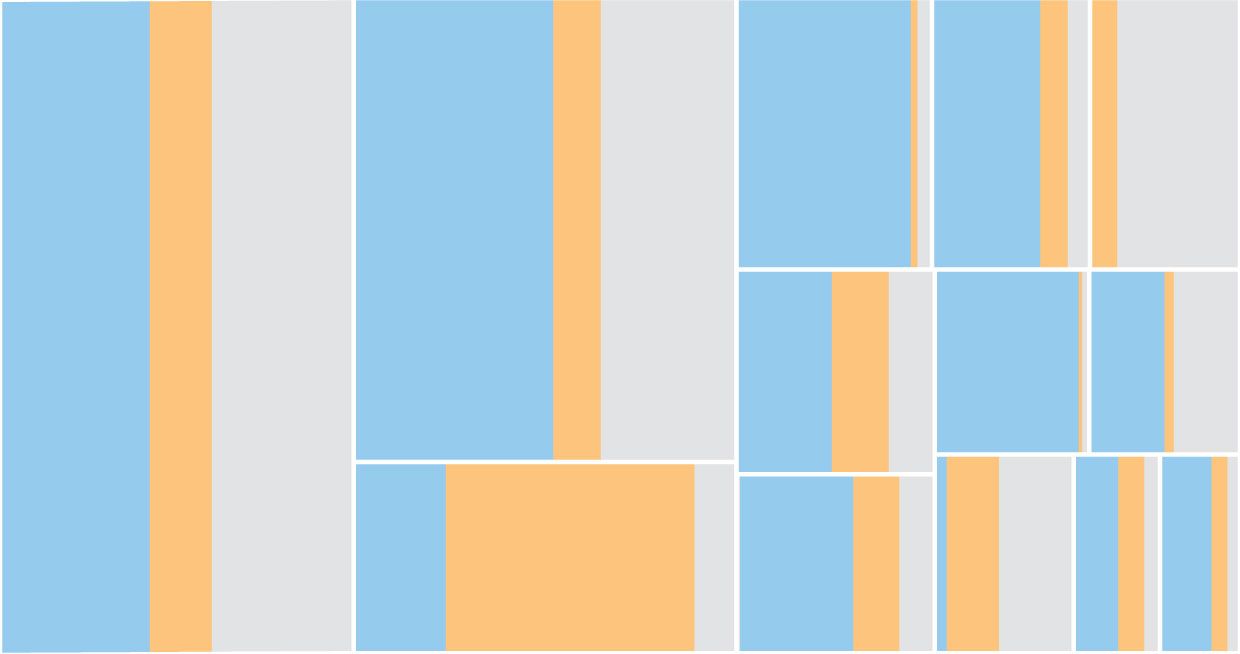 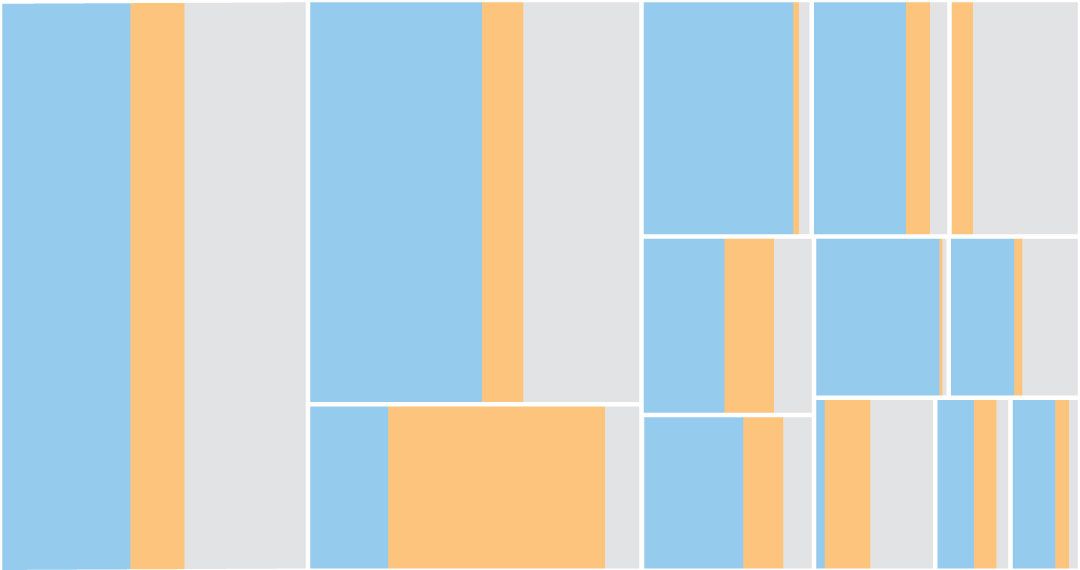 U.S. stocks have surged since the countries said they were nearing a deal, and the Dow Jones Industrial Average closed above 29000 for the first time on Wednesday. But market reaction to the actual signing was muted, suggesting investors saw little that was surprising within the text of the agreement.

“Basically, we’ve been told repeatedly that this deal was done,” said

The Republican president sees the trade deal as a win politically going into the November election. The president can laud the agreement and argue that he is the only one who can successfully press Beijing for more concessions. “President Trump saw an opportunity to advance the U.S. positioning at a time when the Chinese are seeing great political and economic turbulence,” said

Democrats have been critical of the deal. Former Vice President

who is running for the Democratic presidential nomination, made clear that he wasn’t going to cede the issue to Mr. Trump. He criticized many of the pact’s provisions as “vague, weak, or covered by previous announcements and existing agreements.”

The agreement is structured as one between equals, but Beijing is making nearly all the changes in policy and purchases. The pact focuses heavily on U.S. complaints that the Chinese government and companies coerce U.S. ones into handing over their technology to their rivals, and Mr. Trump’s focus on trying to close the vast trade deficit with China.

Beijing has denied it engages in coercion and has, in the past, pledged to make sure no pressure is applied. The two pages on technology transfer go beyond other agreements China has signed that dealt with that issue.

“Neither party shall require or pressure persons” to transfer technology to do business or to get regulatory approvals, the agreement said. The deal also banned pressure “formally or informally” on companies to use a certain technology to get a license.

However, the section doesn’t require China to change any law or regulation to fulfill its obligations. A draft agreement that fell apart in May required dozens of changes in Chinese law. Top officials in Beijing nixed that deal, and the U.S. negotiators sought to retain as much of the tentative deal as possible. The deal is written in legalese and trade jargon that will be pored over by trade experts and lawyers.

As a condition of Beijing signing the deal, the U.S. agreed to cut tariffs on $120 billion in Chinese goods by half, to 7.5%, within about 30 days, and to forgo other planned tariffs. None of those commitments are part of the text.

In the intellectual-property section, China agreed to stiffen protection of trade secrets and to assess criminal penalties for “willful trade secret misappropriation.” Increasing penalties was a priority of Mr. Trump’s administration. But much of the intellectual-property language was light on specific rules in new areas. The pharmaceutical portion didn’t include specific targets and didn’t have language about defending biologic drugs from generic imitators, a major goal of big U.S. drugmakers.

The agreement also requires China to act quickly to accept applications from bank cards and payments systems seeking to access the Chinese market, and the deal’s text cites Mastercard,

by name. The U.S. had previously fought cases at the World Trade Organization to win access for U.S. payment providers, but China hasn’t followed through with permitting access to the firms in all cases.

The U.S. also pledged to continue to open its market to China’s UnionPay system.

The provisions of the deal are subject to an enforcement mechanism that calls for several rounds of consultations. If the two sides don’t reach an agreement, the complaining party could take “remedial measure in a proportionate way”—trade lingo for reimposing tariffs. In practice, the U.S. would likely be the party bringing the complaint because it is China that is pledging to make changes and increase purchases.

So long as the tariff imposition is in good faith, Beijing agreed not to retaliate. But the good-faith and proportionality requirements give China a lot of room to act. Rather than retaliate with tariffs, the deal says the party whose actions led to the complaint could withdraw from the deal—although then China would be free to retaliate. A senior U.S. administration official said he figured Beijing would be very reluctant to take such steps, which would shatter the deal.

But it is unclear whether U.S. companies, wary of retaliation by China, will refer disputes to the enforcement mechanism. Most trade deals use arbitration panels to settle disputes, figuring they can be impartial.

“There is a strong element of Yogi Berra’s quip about déjà vu all over again,” said

a former U.S. trade negotiator in Beijing under Mr. Trump. “The dispute resolution section will have the same problem we’ve always faced—U.S. companies are reluctant to become poster children for market access problems or discriminatory treatment.”

The biggest section of the deal covers Chinese purchases. Beijing pledged to buy an additional $200 billion in goods and split across 2020 and 2021, with the deal calling for $77 billion in additional trade the first year and $123 billion the second year.

Across the two years, the targets call for China to boost its purchasing above the levels seen in 2017, by about $78 billion in manufacturing, by an extra $32 billion of agriculture, by $52 billion of energy and by $38 billion of services. The deal said targets have been agreed on for narrower categories of items, but these targets weren’t disclosed, the administration said, to avoid distorting markets.

U.S.-China Deal at a Glance

Here is what you need to know about the 90-page first phase of the trade deal.

The projected steep climb in exports left some potential beneficiaries skeptical. For instance, Mr. Liu said the purchases wouldn’t come at the expense of other countries. That could make it harder for Beijing to meet the purchase goals.

The deal also has some terms that China could use to claim that the U.S. is at fault if it doesn’t meet the purchase targets. For instance, China could request consultations if China’s purchases are “affected by an action or inaction by the United States,” the text says. That could come into play if U.S. export rules limit the technology products the U.S. lets China buy.

A senior administration official said the provision just allows for discussions and wouldn’t be a basis for China to claim it can’t fulfill its commitments.

and Josh Zumbrun contributed to this article.

After widespread backlash, Hallmark will bring back the lesbian wedding ad

After widespread backlash, Hallmark will bring back the lesbian wedding ad

AirPods: The New It Item Among the Playground Set

How He Won On—And Off—The Court

A Made-in-China Contagion – WSJ
4 mins ago

AirPods: The New It Item Among the Playground Set
10 mins ago

AirPods: The New It Item Among the Playground Set

BorgWarner to Buy Delphi Technologies in $3.3 Billion Deal
2 hours ago

Britain Says Huawei Won’t Be Banned From Its 5G Network

With Product You Purchase

Please consider supporting us by disabling your ad blocker